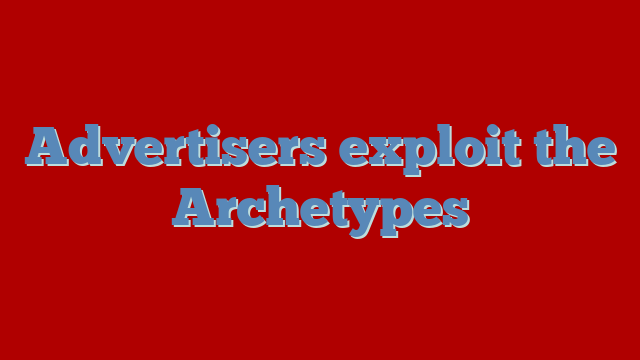 Since the earliest shadows of prehistory, humanity has always created and revered images. Making images and signs is the behavior that most distinguishes us among the rest of living creatures. Modern psychology has shown that, through images, mankind externalizes and becomes aware of its inner nature. The word ‘man’ or ‘human’ is derived from the Sanskrit word, manas, which means ‘those who reflect upon themselves,’ and this is perhaps the most important function of imagemaking. The projection outward of our inner content, through powerful concrete representations, acts to clarify values, behaviors, characteristics, and life-roles toward which individuals can grow and develop. In ancient times these often mysterious idealizations were communicated not only in visual images but through myths. These traditional stories reinforced the collective stereotypes that helped society maintain a connectedness with the spiritual and natural forces that pervade the world.

History warns us that there can be a dark power involved in the image-making process as well. Certainly Hitler and the Third Reich in their rise to power played upon deep archetypal images of the German collective unconscious. The symbol of the swastika, for example, was almost universally held by ancient tribal religions to be most sacred, to them it signified the unrelenting vortex or vulva of the ever-creating/ever-destroying Earth Mother. Most certainly, the Third Reich consciously adapted this symbol to touch a sublimated primitive core in the mass psyche.

One example that greatly affects male sexuality and self-identity is the exploitation of the male archetype of the Armored Knight: the warrior who wins self-esteem and feminine favors through defeating and injuring others. The psychological syndrome connected with the commercial exploitation of this male archetype is as follows: throughout their very impressionable adolescence (eleven to perhaps twenty-five years old), men are bombarded by the advertising, media, and entertainment industries with images of a particular type of female beauty – the Model Starlet type. The sexual fantasies of boys are then directed to a very narrow image of female beauty, one that is hyperstimulated, and exploited commercially. This female type, for many boys, is in reality virtually unattainable. Women who fulfill this narrow image of beauty then become like “biological celebrities” in relation to the boys in their adolescent peer groups. At this impressionable age, boys learn that they must compete, like a battling knight, against other men for these desirable women. Generally, the boys’ chances of gaining attention from this type of female are dependent on performance, achievement and success, in sports and, later in the world of business. The pressure is further compounded since adolescent girls are usually attracted to older boys who are better equipped to achieve and perform in sports. The commercial fantasy usually implies that the boys should make contact with as many women of this particular genre of beauty as possible. In later life, this male adolescent fantasy is difficult to reconcile with the primary request of many women, which is that men become monogamous as well as become breadwinners for their wives and children. In other words, marriage abruptly changes the mythic image that prevails over a man’s youth – that of the Armored Knight – into the mythic image of the King or the Householder. Before we examine the implications of this change, let us examine the effects of the knight image on male psychology.

The important patterns generated in our society by the commercial exploitation of the Armored Knight can be summarized by some of the research and ideas of Warren Farrell in Why Men Are The Way They Are. These patterns not only inhibit the evolution of the male self-image, but they perpetuate those male traits that alienate most modern women: men come to rely on competition and aggressive performance as a way of gaining admiration and attention from females. This paradigm, male competitor with female as reward, generates three main attitudes in men toward women:

The domination of the competitive image does more than shape the male/female pattern: it also forces particular relationships of men with other men. We find a disproportionate dependency on male camaraderie resulting from the amity generated from having or projecting a male enemy in common. Recent disturbing riots at soccer and football matches are testimony to this phenomenon. Large groups of males are united against a common enemy (the fans of the opposing team). Usually fortified with a ritual consumption of alcohol, these groups, bonded by a common image, turn the sports arena into a battleground. To ensure that the excessive male camaraderie associated with competitive sport is not misinterpreted, the male groups tend to have strong aversions to, and a paranoia about, homosexuality. Business competition subliminally bears the marks of the same male values, attitudes, and bonding patterns as found in competitive sports. This competitive emphasis not only tends to exclude companionship with women from these activities but contributes to a “war mentality” among most men, including many of the men who make the economic and political decisions that affect every minute of our lives.

Testosterone is the male sex hormone responsible for aggressive behavior. Testosterone levels in the blood rise even from the observation of situations or images of aggression and conquest. These heightened levels engender excitement, hostility, anger, irritability and aggression and, at the same time, aggressive sexual appetites. The fear and anxiety surrounding the winning and losing of money in business competition have a similar effect on raising adrenaline and testosterone levels. The businessman’s expression, “I made a killing today,” is less metaphorical and more descriptive than we would like to realize. In tribal societies that emphasize the warrior caste, such as the Masai in Africa, males preparing for battle will frighten and torture a wild male animal, so that the adrenaline and testosterone levels in the animal are raised. The young warriors will then kill the animal and immediately drink the blood, transferring this chemistry of aggression into their own system. Modern atheletes repeat a similar pattern when they dose themselves with cortical adrenal hormones and testosterone before competitive games like football and boxing.

For the most part, the people in advertising and commercial entertainment who manipulate the aggressive, subjugating, archetypal male images are unaware of the powerful historic and metaphysical forces that stand behind and propel the effectiveness of their activities. In Whitmont’s words, “Behind every mass movement or change in the pattern of society, there is an archetype which acts on the imagination of the people.” It is important to examine how the exaggerated competitive instinct in men affects their relationship to women, the formation of society, and our relationship to the environment in general. The same aggressiveness and need to control and subjugate, promoted by competition, lie very close to the cause of the ecologocal crisis.

1 thought on “Advertisers exploit the Archetypes”

These materials of site have been prepared by cyberlawUSA team, Esq. for informational purposes only and are not legal advice. This information is not intended to create, and receipt of it does not constitute, an attorney-client relationship. Internet subscribers and online readers should not act upon this information without seeking professional counsel.